What is a Coroner Job Description? 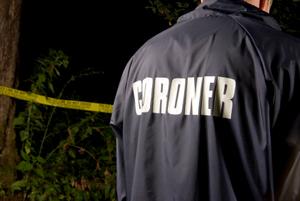 If you are thinking about starting your career as a coroner, then you need to understand the coroner job description. Coroners are responsible for investigating human death. Finding out if there was any foul play during death is one of his responsibilities. However, that can’t be the full idea about it. First of all, if you are truly into starting a career as a coroner, you need to know about the job description, where the job is placed, how much money you will earn, what our responsibilities, what skills you require. That is why in this article, we are going to help you with the basics of the coroner job description. Hopefully, the short description will help you to get a good idea about the job in full.

Who is a Coroner?

A coroner is mainly an independent judicial official. Mainly, a coroner is responsible for investigating human death. But that does not conclude the fact that he is a detective. Anyway, a coroner should be a specialist at a medical examination. However, most of the time, the coroner is a selected official. Thus he lacks the medical examination knowledge when they are investigating any crime scene. Some coroner always handles the body and legal system relying on the body. So, a coroner is mainly a government official who handles the manner of the cause of death. Within the coroner jurisdiction, he finds out the identity of the deceased.

Where Do Coroners Work?

Where does the coroner work? Does he completely rely on the work he completes and in which country he is living? The workspace of a coroner varies from country to country. Sometimes the workspace depends on states to state. Some coroners are known as court coroners. They work in both the court and the morgue. On the other hand, some works in crime scene investigation and tries to gather evidence for the crime.

Generally, a coroner owns a private office for conducting his job. There they review documents and papers to find the cause of death and ensure there was no foul play included. If so, they sometimes act as an investigator.

If you are willing to enter the career of a coroner, you need to understand that a coroner and a medical examiner are different. However, we will let you know about the difference, but for now, we need you to know the responsibilities and daily activities of a coroner.

The first and top priority of a coroner is to ensure that any people didn’t die through foul play. And to do so, confirming the deceased identity is very important. When there is any suspicious or violent death, the coroner should be notified immediately. After being notified, the coroner will dispatch an investigator to sort out the matter, and if there is no possible information, he must dispatch order for other tests. Mainly, a coroner’s primary duty is to establish the victim’s identity. Often in many countries, deaths outside the medical facilities are known as suspicious. Sometimes you may find people who are not identified. The coroner will find out the identity of the person.

Disposition of The Deaths Remains

After the initial investigation, the coroner will take responsibility for the deaths remains. He will decide whether it is good to take anything from the scene or to destroy any evidence. After that, taking the death to any morgue facilities or if the body is inside the morgue, what step he should take is important.

Establishing the Reasoning of Death

Something like detective work? No, nothing like that. A coroner mainly examines the dead body and finds out the reason for the death. He will also deal with the court proceedings. A coroner will find out the criminal element or detail regarding the cause of death and establish a reason for it.

How much Money does Coroner earn?

The forensic coroner salary is quite on a larger scale. As a coroner doesn’t have a job on a routine basis, he mainly goes on for hourly payment. Well, as far as our source tells us, coroners’ average hourly pays starts from 18,000$ to 89,000$. The salary rate depends on the skill, reputation, and skill of the coroner.

How to Become an Assistant Coroner?

What is the Difference Between a Coroner and a Medical Examine?

Many people often mistake medical examiner as a coroner. Yes, they do have some similarities, but they have many differences. So, in order to become a successful coroner, you don’t need to have a medical background. Rather, a good eye for details and being a good physician will do. The job is getting more and more popular day by day. Hopefully, we think the confusion about starting a career as a coroner will be vanished after reading the article. What do you think?

What is the Proper Etiquette When Attending Funeral Services in Singapore?

What Should I Know about Funeral Director in Singapore?