Do You Need To Hire A Chinese Funeral Band? 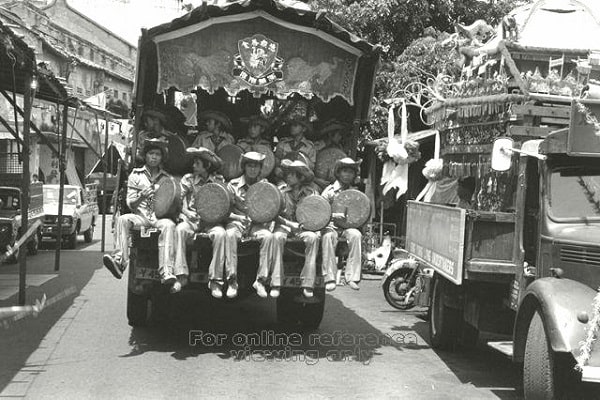 There are many Chinese traditions that have been passed on and is still being practiced today. China is considered as one of the oldest civilizations in the world, therefore their beliefs are age-old yet still followed and respected today. Some traditions may have changed and revised over time but nevertheless applicable to Chinese people and other influenced countries.

Funerals are considered one of the most sacred events by Chinese people. According to the Confucian ideas and practices is that the younger generation of the family must be responsible in the organizing and spearheading of the funerals of their elderly. Being very sacred, Chinese funerals have many rituals, beliefs, and superstitions that are being done to avoid bad luck and to give honor and respect to the deceased.

The funeral bands come first in the procession, followed by the family and friends of the deceased, and then lastly the vehicle carrying the coffin. Usually they play mourning songs and hymns and are led by a conductor or a leader who decides which songs to play and the tempo of each song. The family and friends should wear their mourning clothes which are commonly black. The funeral band must also be informed of the color of their attire to achieve uniformity.

The tradition of Chinese funeral bands still lives on today however in Singapore, funeral processions are prohibited to pass through main roads to avoid traffic jam. Singapore also has a rich inclination to Chinese culture and even their funeral superstitions was passed on to Singaporeans. As a matter of fact, one of the most famous music played on Chinese funeral processions is from Singapore. His name is Luo Lang. unfortunately, he passed away in July 12, 2015 at the very ripe of 95.

Luo Lang composed the famous Mourning Music in 1945 and was initially played to honor the deaths of the military martyrs during the battle in Zhangjiakou. It was also played during the funerals of famous Chinese leaders Deng Xiaoping, Deng Xiaoping, and Chairman Mao Zedong. Prior to this, it was declared as the national mourning music by the Chinese government when it was played during the cornerstone laying ceremony at the Tian’anmen Square in Beijing, China.

Mourning Music has a very deep inclination to folk Chinese rhythms. Luo Lang adapted its very traditional tune to the folk songs initially composed in northern China. Because of this, China has used the Mourning Music for funeral processions both for high-power people and commoners as well. Luo Lang, who was very fond of helping people, have declared the music to be free. Many years before his death, he publicly shared that he will not be collecting any royalties and shares for Mourning Music as it is his gift to the people. Up until this day, the Mourning Music is a very famous song being played in many funeral processions.

The tradition of hiring funeral bands is also practiced in Hong Kong, a highly civilized region in China. In the Philippines, funeral bands are also usually hired for the same reason as with Chinese beliefs. As a matter of fact, Filipinos even place karaoke machines during the funeral wake. This is to ward of evil spirits and bad luck and keep the merry atmosphere during the wake. However, this tradition was recently prohibited by the Philippine president as it, on the other hand, disrespects the solemnity of the wake and the deceased more importantly.

Funeral bands are usually marching bands but they only play mourning music. They also have the same arrangement as a marching band. The clarinet players are placed upfront followed by other rhythmic instruments like the piccolo and the saxophone. French horn players are placed on the third row with saxophone players on the side. At the middle part of the band are the bass drum, two side drums, the cymbals, and the conductor. Sometimes, another conductor is placed at the front so all players could see his instructions.

At the back of the drums, cornet players are placed followed by the tuba and euphonium players and lastly, the trombone players. In Chinese setup, the arrangement of the funeral bands may vary as well as the instruments used. A few instruments used include the liugin, yuegin, suona, dizi, sheng, ruan, pipa, and string instruments like the banhu and erhu.

Hiring a Chinese funeral band is a very old but still relevant Chinese tradition in funeral rites. Up until this day, this is done both for common people and for those in higher positions in the government. Since bad luck is a big deal in Chinese culture and superstition, the warding of bad spirits and bad luck is indeed important especially in a sacred event like this. A Chinese funeral band will surely create enough noise during the procession to ward of any of it around.

How to Advertise for Funeral Flower?