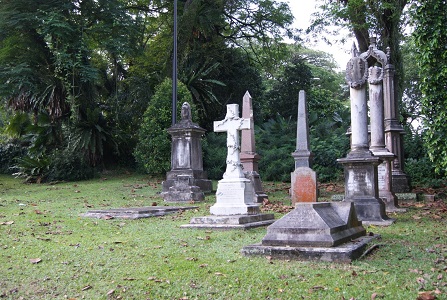 Funeral industry in Singapore started with the idea to save the environment of the land. Before this industry flourished, there were own ways and places for people for their funeral services and wakes. When the British were the rulers of Singapore and it was the colony of theirs. Chinese places for their burial and funeral ceremonies increased very rapidly. These places were made in the city at their own choices and there was not a proper system for this purpose. Everyone had his own place and own choice. This increased the smell issue, mosquitoes and other diseases due to this practice of funerals. The then the authorities of Singapore decided to save their land from this type of pollution. They thought about taking serious action in this regard and reforms were taken on a government level. This type of local practice of burial and funerals is abolished and the government made special places for this purpose. These places are called cemeteries. These cemeteries at government level controlled the multiple types of places used as cemeteries and were causing pollution. This action was taken for the betterment of the environment of the country and for the betterment of health issues of the nation.

First of all the government started with a small place for the purpose of providing funeral services in 1965 and after some years it had been enlarged for more funerals to take place in one day or even at one time. That was a big hall where funerals were held at one place without any distinction of religion. This hall was enough to fulfill the demands at that time but with the passage of time, with the increase of population, the demand for place increased than the government developed a huge place for cemeteries. This place is divided into four parts where these funeral ceremonies are held according to the different religions as there are many religions residing in Singapore. This development proved to be a milestone in the development of Singapore on the whole. There are funeral directors in Singapore who are responsible for every type of arrangements for the burial of the dead body. They arrange vehicle for the transportation of the body and the relatives of the deceased to the place of the funeral. The government was in need to promote this method of a funeral so that the land must be kept safe from the wastage of the remaining bodies and their burials. For this purpose government also informed that all the cemeteries around the city or within the populated area of the city will be closed. The help of the middlemen was also taken for this purpose. This task was given to them that they must have to inform the authorities if they come to know about any death in their area.

Death Has To Be Registered

Registration of death is also a compulsion in Singapore. It is necessary for the family of the deceased to inform the authorities about the death. The family has to inform the authorities within 24 hours for registration if the death is held at home. And if the person has died at some other place than the person who comes to know about the death must inform the department about the incident. The officers determine the cause of death. If the death was natural than the certificate is issued and if it was a murder or suicide than a further investigation is held and after the complete inquiry the process of registration is completed. After this process, the next process of burial arrangements is started.

It is the duty of the funeral directors or other workers of this department to arrange the funeral and burial of the dead body according to the religious demands and obligations of the dead person. They make it sure to make all the arrangements proper and accurate which would not cause any complaints by the family of the deceased. This is the responsibility of the funeral directors and the other workers working with him to arrange each and everything needed for the purpose of this funeral ceremony. They will arrange transportation, place, funeral flowers, food and every other thing which could be needed. The ashes of the bodies are also kept at a specific place built for this purpose but these can also be taken to the homes of the bodies or can be thrown in the sea, all depends on the religious beliefs and demands of the departed person’s family.

Funeral services have become a proper industry in Singapore. Now many companies offer their services for this purpose of funeral planning and arrangements. There is a competition between them and they claim the best services to be provided by them in Singapore. This industry has been flourished with the passage of time. Now, this is up to you which type of services you are in need of. If you want to keep the body of your friend, family or loved ones in air-conditioned place after death, you can do that. Because with the private workers in this industry the competition has been increased and everyone is in this race to do the best for their clients and now the culture of pre-booking has also been developed.  And talking and discussing death is not a taboo anymore.

So, it can be said that the funeral industry has been very much developed in Singapore and can be compared with any funeral industry of any big and developed country. Though it was started at a small scale it has been completely flourished and gives outstanding services to their customers or clients according to their needs and demands which are based mostly on their religious teachings and obligations. The government has worked in this field and is a lot but the contribution of the private sector cannot be denied as well. But this is also a fact that death in Singapore is not a cheap task. It has become very lavish and expensive. So if you have a plan to die in Singapore, then start saving now.

What is the Proper Etiquette When Attending Funeral Services in Singapore?