How Much Condolence Money To Give At A Funeral In Singapore? 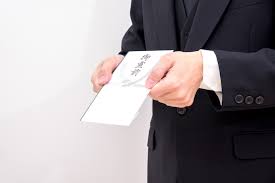 Funerals mark the final days of someone’s visibility to the world. After this, the deceased will only be forever in the hearts and minds of the bereaved family and friends. The death of someone is not celebrated but his/her life. During a funeral, there are many beliefs and superstitions that were formulated a very long time ago but are still evident and practiced until today. Singaporeans are very much inclined to such superstitions that’s why it is important to know them before attending a funeral to avoid causing any scene or disappointment from the family and other guests.

One tradition that has been very active and followed by many is the giving of money or donation when one attends a funeral. Is it really necessary? If the family is already rich, are guests still required to share something monetary? Well, the answer is no. If you are not that superstitious and you don’t believe in many beliefs and practices, giving money at a funeral will be the last thing in your mind. Nobody is obliged to give as funeral donations must be in kind and voluntary. No one has ever asked for money in a funeral as it is rude and disrespectful to the consent of the person being asked for money.

On the other hand, since Singaporeans are very much inclined to this tradition, they plan on what or how much to give prior to going to the funeral. Organizing a funeral can be very costly to the family especially if the deceased has incurred charges in the hospital. These funeral donations can be a very big help to cover up some of the expenses and will definitely lift some weight from the shoulders of the family for their expenses.

Singaporeans often call funeral donations in monetary value as “Pek Kim”. This phrase means “white gold” – a direct representation that it has value from good faith. From the moment a visitor enters the entrance of the wake, he/she is welcomed by a counter with a book is placed on it. This book is where the visitor can write down their name together with the amount of donation that he/she gave. Usually, someone from the family of the deceased is waiting around this area to receive the donations.

The donations may be placed in a white envelope. But if you don’t have any, you can just give the monetary amount directly to the collector. As we come in the digital age, some wakes accept digital money transfer using apps from their mobile phone. A QR code may be placed in the book if this comes into consideration. When it comes to the amount, there is usually no rules in this. However, traditional people often follow the Chinese luck rule in numbers as they believe that giving an amount with a lucky number in it can give good luck to the recipient as well as to the giver.

Even numbers in Chinese belief are very lucky and auspicious. However, since a funeral is not an auspicious event, the amount of money to be considered can be in odd numbers. This counters the good luck that even numbers bring. Odd numbers which include 1, 3, 5, 7, or 9, can be used as the initial number of the amount. The best and most accepted amount would be $30 and it considered as the minimum amount to give as funeral donation.

If the visitor has a lot of means, he can add more zeros to the odd number. Even as many as he can if he is really that generous! This amount is also called bai jin as it is given in white envelopes. The collected pek kim will be very helpful to the family and their funeral expenses that go higher and higher as years go by.

If the family happens to be financially capable and are requesting for non-monetary donations to be given to their chosen charity, then by all means, you must follow it. This charity is probably a beneficiary of the deceased when he/she is still alive and the family would want to continue his/her legacy of sharing blessings to the less privileged. Some even decide to just give other kinds of donations like sympathy flowers, food, and even memorial gifts to commemorate the life of the deceased.

The amount of money to be given can also be decided according to the relationship of the visitor to the deceased and their closeness to each other’s families. If you have known the deceased very well and their family as well, might as well give a good amount as their family can remember this good deed for the rest of their lives. If the deceased is not very much familiar or just an acquaintance, a reasonable amount will be acceptable, and you may just leave the bigger amounts to their close family and friends.

This tradition has been around since the Jin dynasty and is practiced as a way of giving respect to the deceased and a manner of help to the bereaved family. Placing the donations in a white envelope is practiced as white is the mourning color in Chinese tradition – in contrast to the lucky color red which denotes happiness and prosperity. In China, the usual amount given as funeral donation is 101 yuan – still an odd number as per the usual practice.

If someone who died became a huge part of your life, it is just right to pay good riddance and respect to them and celebrate their life and contributions to the world. Giving money is a sign of paying gratitude to the many moments and memories that the deceased has shared with you. That’s why the amount of money you should give in a funeral must depend very well on your closeness to the deceased but you must also consider your personal financial status. No matter the amount, the mere fact that you are there to mourn and to give your condolences is already enough.

How to Buy Flowers for a Funeral?

WHAT ARE THE DUTIES OF UNDERTAKER IN SINGAPORE?